What we have here with Half-Life: Opposing Force is the first expansion pack that was released for the original Half-Life. When that original game came out it was the kick in the butt my old man needed to bite the bullet and get a new PC. This was a landmark title and while the original game gets all the credit. Many people seem to have forgotten that this expansion pack was a huge deal back in the day with how rich an experience it was.

In this game, you do not play as Gordon Freeman, but you are experiencing the same trouble he went through, but from a different perspective. I found this to be a really clever idea and in Half-Life: Opposing Force you play as a marine called, Adrian Sheppard. The aliens are running around causing chaos in the facility and you have been sent there to try and get a handle on the situation.Like the original game, here you see the events unfold before your eyes. The story happens in-game and it is just as effective here as it was in the original game.

As Adrian is a marine, he is a lot more hands-on with getting the alien threat under control. You will still have some basic puzzles that you need to solve as you progress through each chapter in the game. However, there is more combat here and there are even other marines that you will come across which will help you.

Taking on the alien threat is very exciting stuff and there is another force that you have to contend with here as well which I thought was pretty awesome. I know that some people look back at Half-Life: Opposing Force and the main game and wonder what all of the fuss was about, but this was such a groundbreaking title when it was released. 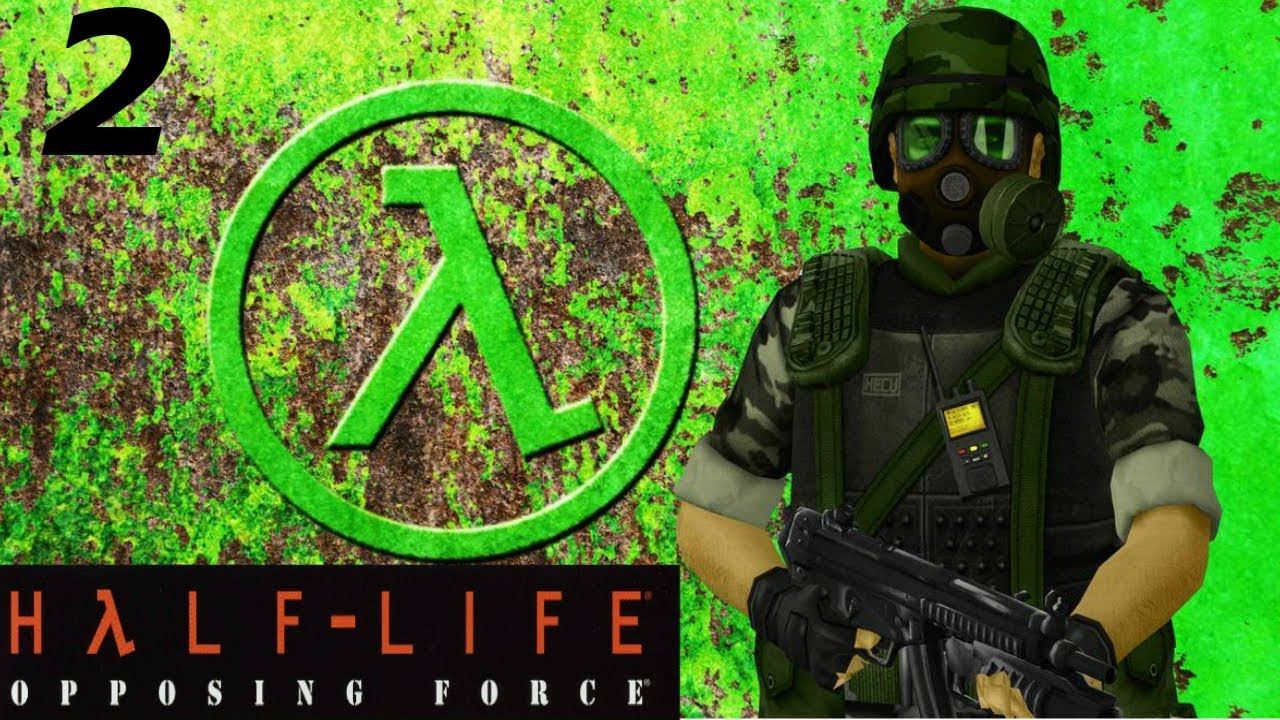 You Are The Star

While it may not seem like much by today's standards, the original Half-Life was amazing in that it made you feel like you were in a movie and you were actually playing a part. The way the story unfolded was very immersive and that is the case here too. I will say that I do not think that Adrian is as, let’s just say interesting as Gordon Freeman, but it is one story that you will most certainly want to play through until the end.

Looks Good For Its Age

The fact I said we had to get a new computer to play this game when you look at the visuals now may seem a bit strange. However, this was a very demanding game when it was released. I feel that it considering its age, this is still a solid looking game. It lacks the finer details, but it is more than good enough to get you invested in what is going on.

I am a massive fan of this series and even I myself forget that Half-Life: Opposing Force was a thing. If you enjoyed the original game, you are going to have a lot of fun with this. For an expansion, it is pretty incredible what they managed to do. Not only did they create a tremendous single-player experience they also included a stacked multiplayer, which I have to be honest and say that even all these years later I have still not played! If you enjoy Half-Life and missed out on this or did not even know it existed, I highly recommend that you check it out.