Seven Kingdoms 2 is an award-winning classic real-time strategy game of intrigue and diplomacy, of trade and industry, of betrayal, espionage and conquest.

“Seven Kingdoms II is a deep, rich, incredibly satisfying game that blends myriad gameplay elements with a near-perfect balance …… Seven Kingdoms II makes it work smoothly and creates one of the most addictive strategy games of the season.”

“Trevor Chan has created a perfectly balanced conquest and combat game that deserves the widest possible audience, and has all the depth that Age of Empires lacked. Seven Kingdoms II is without question one of the finest strategy games on the market, largely because the world it creates has realistic dynamics and complexity never overwhelms, but adds a richness found far too rarely in strategy games.”

“Seven Kingdoms II is a highly-enjoyable and highly-detailed strategy game with seemingly limitless options and avenues for replayability. If you were one of the folks who missed out on its predecessor because you already dumped your cash on other RTS games or perhaps felt the genre was over-saturated, be sure to consider this sequel for an entertaining and deeply challenging gaming experience.” 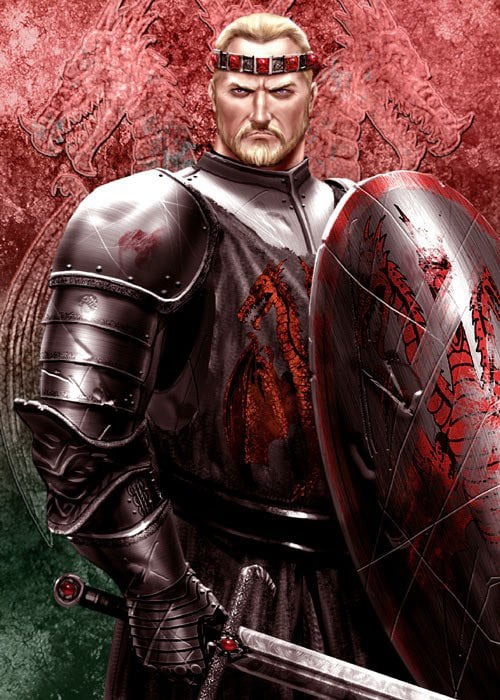 Seven Kingdoms does not fit any one specific genre. It has some SimCity attributes such as building towns and the fact that you need to keep your people happy. It has some Civilization-like exploring and researching aspects. And it packs all of these into a real-time engine.

The game doesn't have much of a story, but I guess you could let that go since this is more of a become-the-all-dominant-king game. Instead, your main objective is to become the biggest and best of everything -- including foreign trade, loyalty, diplomatic relations, and of course developing a well-trained army at your disposal. Or you may choose to play any one of the 23 scenarios included with the game that have a common goal to achieve, which can range from simply scoring 500 points or controlling every rebel town in your area. Or you could choose to play one of the 13 training missions to familiarize yourself with the interface and game.

Upon first playing this game and using its basic features, I found the interface and control very similar to that of Warcraft or Warcraft II. You can click on the town and recruit or train troops for specific tasks such as spying or research, as well as the basic click on a unit, then click where you want it to move or approach. However, that's just the first impression. After playing this game a bit, you will soon realize that there is much more than buildings and units to this interface.

After playing a few of the training missions and a couple hours of the game itself, I soon realized that you must use the advanced functions as well to gain progress or have success in the game. So then after reading a few chapters in the 150+ page manual, I was ready for some serious gaming. The advanced interface is composed of the top bar of the interface. Here you will find all the info you need on diplomacy, espionage, ranking status and more. From that menu, you also conduct your foreign relations with other Kingdoms, establishing alliances, waging war on a common foe, or setting up trade treaties.

The units and how they act in this game are quite impressive as well. In the beginning of the game you start with a single town inhabited by about 20 peasants. If you have the time and resources, you can train them for a certain profession such as mining or leadership. If you are at war and resources are low, you can recruit a peasant, which has no specialty. 'But why recruit a peasant if it can't do anything?' you may ask. Because you can send a recruit to a Tower of Science or a Fort and he will be trained accordingly. Therefore, the longer you keep a unit in a building, the more experienced it gets. This is an awesome feature that adds a lot to the gameplay and character of Seven Kingdoms.

The graphics in this game are nothing less than superb. While the game doesn't use advanced polygons like Total Annihilation, or any sort of 3Dfx, the graphics are crisp and fluent while running at 800 x 600 SVGA. Each of the seven races in 7K has its own distinction and personality. For instance, the Japanese have slender and more swift-looking units, while the Vikings have big husky-looking units.

However, this feature doesn't come without its price. The game only runs in SVGA and at 800 x 600, so you had better make sure your video card supports a resolution that high (and if it doesn't, it's time for a new video card). And while looking great, the units are not sized accordingly to the buildings, much like the unit sizes in Warcraft II. I don't know if you call that a downside, but I would personally rather have the smaller-looking units like in Dark Reign and C&C.

The audio in this game is very well done. Each race has its own musical track to give the player a better sense of its unique culture. The unit responses are very well heard in crisp and clear CD-quality sound. The buildings also emit mischievous sounds when selected, such as the fiery forge sounds you hear when clicking on the War Factory. To top it off, Interactive Magic has done the entire musical score (10 pieces in all) in Redbook Audio. That means that if you like the music, you can play it on any CD player or as a music CD on your computer.

The AI in this game is by no means stupid, but is not the smartest AI I have ever seen either. Other kingdoms will attempt to establish diplomatic relations with you, such as asking you to help them conquer another kingdom, or asking for a trade treaty. But the computer doesn't seem to get mad at you. I once sent a few spies into an allied town, and unfortunately they were caught and executed. But the Kingdom didn't seem to care, and made no attempt to retaliate or break my trade treaty with them.

However, your own troops are pretty smart. When ordered to move somewhere, they will move in equal columns with the highest-ranking soldiers in the front, and the lowest ranking soldiers in the back. Troops that use projectiles such as a crossbow or catapult will keep their distance from their targets, and if they are being attacked they will run to a different location and commence attacking again.

Seven Kingdoms is an all-around above average game. It takes several elements from existing formulas such as a real time engine and diplomacy to create a unique and fun gaming environment. It also adds the effects of weather, random attacks, and a random map generator to further enhance gameplay and replay value of this game.

If you are a fan of RTS games but are looking for something different than just build your base and attack the enemy, this game is for you. However, if you're a bloodthirsty player looking for another game where your only objective is combat, you probably would not like this game. All in all, I gave this game a rating of 81 because it's fun, and that's what I look for in a game.