Mio125 MX or simply Mio MX automatic motorcycle is the new pride of Yamaha that features the so called Yamaha Neo Technologies.
The Mio MX features the first liquid-cooled engine to be mounted on an automatic model. The 4-stroke, single-cylinder, 125cc liquid-cooled engine that has a bore and stroke of 52.4 mm x 57.9 mm and a compression ratio of 10.9:1 promises to provide outstanding power and torque.
Another feature of the Mio MX is the DiASil Cylinder or Die-casting Aluminum-Silicon. The cylinder is said to be the world's first all-aluminum, die-cast cylinder that has 60% better cooling performance compared to a regular cylinder.
Last but not the lease new feature of the Mio MX is the Side Radiator Placement. Yamaha strategically place the radiator to the side avoiding the hazards of a conventional front placement of the water pump and thus making the liquid-cooling posible.
Setting aside the technical stuff, the new Mio125 MX is a real eye-catcher. It has a new character compared to the other Mios. Don't get me wrong, because I personally own a Mio Soul and I can still say that it's a great bike but, the new Mio MX is in a different level. I can't wait until I own one.

Here is the technical specification of the Yamaha Mio125 MX Automatic: 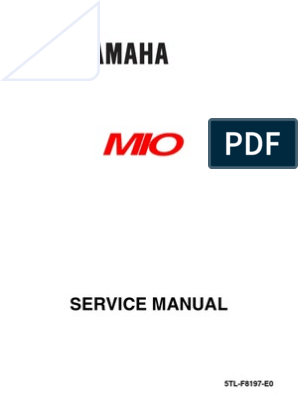 The Yamaha Mio is a scooter with a CVT transmission made by Yamaha Motor. It was introduced for the Southeast Asia market in 2003 as the successor of the Nouvo. In Malaysia, this model is known as Yamaha Ego. As 2007, there were some 76,000 Ego customers in Malaysia.[1] Together with its counterpart the Yamaha Nouvo, the Mio/Ego is a platform for customization in Thailand, Malaysia, Indonesia, Vietnam and the Philippines.

Based on sales performance and also technical studies of its predecessor Yamaha Nouvo by Yamaha's R&D team, in 2003 Yamaha Motor successfully developed and marketed Yamaha Mio in Southeast Asia countries and in March 2004, Hong Leong Yamaha (HLY) introduced this model in Malaysia, renaming it Yamaha Ego.[2]

2006 brought some new changes to the Mio. It was renamed and since then has been known as the Yamaha Mio Soul (except for the Malaysian market).

Physical change also can be seen in the 2006 model specifications. This includes an aggressive facelift by the Yamaha team: it features newly design V-shape headlight for better vision range at night and new body stripes. The engine, however, remained the same as in the 2003 model. For safety concerns, the taillight was re-designed with the addition of a retroreflector device.

For the Malaysian market, HLY again renamed the scooter as the Yamaha Ego S (S for Sport) and launched it in October 2007. The launch ceremony took place at the Sheraton Subang Hotel in Kuala Lumpur, Malaysia.[3]

2012 changed from carburetor to fuel injected with big pulley cvt, with DiaSil cylinder and forged piston to reduce weight engine.

All Yamaha Mios are produced by Yamaha Motor Philippines. 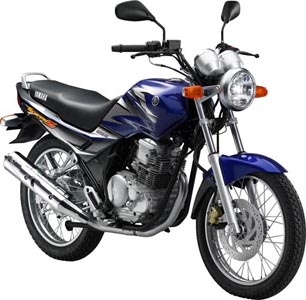